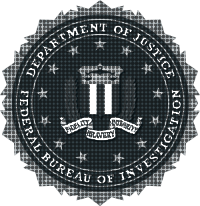 Kingsley Chiu, born a second generation Chinese-American in 1991 to a single mother, was a prominent figure in Chinatown’s underworld during the 2010’s. He’s one of the protagonists in the show.

A young Kingsley was institutionalised at an early age and struggled to adapt to western culture despite being a citizen. Locked between the walls of their studio apartment, he was naturally influenced by Chinese customs and more predominantly the native language. Once Kingsley’s mother, Anna Chiu, could financially afford to send Kingsley to a local school, he was quickly subject to abuse by his peers for having a funny accent as well as being very out of place in regards to academics.

Into his late teens Kingsley had befriended local gangsters in Kao Yim and Jason Zhao who promptly paved the way to connect with Henry “Stiff Neck” Sung & Ronald Wang. The wrong crowd had begun to influence Kingsley and shortly after introductions were made, the group began an MDMA escapade that lived to haunt many.

A young girl named Dana Ka was in attendance at a block party in Chinatown, ecstasy was rampant. The group encouraged the young girl to try the class A drug, and she did. This would be the start of what was a goose chase for the killer of Dana Ka, as she lept from a parking garage and fell onto the pavement, dying in the process. Her father, Malcolm Ka, vowed revenge, and deployed both Henry Sung and Ronald Wang as vigilanties.

Tensions fused between the group and many pointed the finger at one another. Eventually, Kao Yim came clean to Kingsley, confiding in him that it was in fact he who supplied the ecstasy pills to Dana.

Ridden with guilt and despair, Kao was hopeless. Kingsley agreed to support him and shift blame elsewhere, but in no time, the duo were found out. Henry Sung and Ronald Wang took both Kingsley and Kao out into the woods to presumably end their lives. Kao lost a finger, and in retrospect, that’s nothing compared to the threat that was his life in the moment.

Police caught wind of the situation and both Henry Sung & Ronald Wang were sentenced to prison whilst Kao & Kingsley walked off scott free, which did not look good in the eyes of the no snitching culture, abiding gangsters.

After their release, both Kao and Kingsley laid low. Henry managed to locate Kao and a chase ensued - Henry Sung, carrying a knife, tried to kill Kao, however police gunned down Stiff Neck in his tracks. Thus, with Henry Sung dead and Ronald Wang still inside, Chinatown was free reign for the two in hiding.

With the two infamous gangsters taking their fall, up stood the new players, eager to clench an up-for-grabs Chinatown in regards to the underworld. Kingsley Chiu however took to the opportunity with greater motivation than the rest, and quickly worked to cement himself within the upper echelon - the triangle of hierarchy. However, Jason Yang, another prominent figure within Chinatown’s underworld, came with the same intentions.

Around this time Kingsley befriended Italian-American Marvin Cocchiola, a man with ties to the American mafia. Marvin ran a mobile fast food joint and took Kingsley underneath his wing, simultaneously teaching him how to flip patties alongside how to maneuver within Chinatown’s underworld to ultimately gain control whilst doing a little business on the side.

Kingsley never knew his real father, but Marvin was the closest thing he would get to one. Marvin inducted Kingsley to the inner workings of a marijuana plantation that one of his associates was heading. The operation was based way out in the sticks, a remote location in the San Delfina outlands. Kingsley was tasked to grow marijuana hydroponically from what was essentially a glorified shed - he set up camp and got to work for weeks on end.

Zoey Fu and Kingsley Chiu met via their local drug escapades. Zoey Fu was a girl eager to make money, herself raised in an environment of poverty and facing harsh racism in high school. Initially when Kingsley became more involved with the Super Wok group, Kingsley got a soft side for Zoey and stood up for her occasionally with her being the only girl in a masculine culture. Himself having higher aspirations, he had a strong admiration for Zoey trying to take a stance and building a reputation that went beyond being ‘just a piece of meat’ – as was the case with many girls raised by the street.

Eventually this developed into a romance between the duo which they both tried to keep a secret. Zoey, an intelligent girl who planned ahead, sought a way out of Chinatown and convinced Kingsley to move back to China where they both believed they would have better opportunities and less to worry about than forever being on the treadmill of Chinatown. This is their great plan for the upcoming years.

Kinglsey Chiu is a self-centered, obnoxious leader. He is charismatic but not charmful, his language and words are often disgusting and wacky. He’s eager to be at the top and will take on the necessary, and even unnecessary means to get there - such as killing his own friend, Martin Hong, over a petty dispute.

Kingsley is the Chinese teflon don - he loves the image, a celebrity within his own right; the hawaiian shirts, gold watches, fancy cars and plethora of women, despite posing as very misogynistic. Kingsley goes against the grain in terms of how Triads are perceived to be, he is what one would call the extreme Americanization of a Triad; not very underground, but flamboyant and loud. One factor that does however link both personalities is the loyalty and seriousness behind the work. Kingsley practices his fearfulness among others and constantly reassures himself and those around him just how serious he can be - to not be taken as a clown.

King chases thrills, the rockstar lifestyle, which compliments his regular use of class A drugs. He lives for the esctacy and cocaine sex escapades with his entourage. Keen on having a good time, King is a happy drunk. He wants to love under the influence, and this is deep within his subconscious. At heart, Kingsley loves his friends, his associates. So long as nobody tests his gangster or position, he will always have time for a friend. While he’s not the best at emotional, real-life conversation, he’s possibly man to accompany at a nightclub.