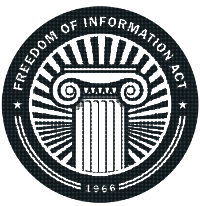 Three young, well-dressed males went out on the night of Saturday, February 18, 1983, not for money, but to spill blood.

The Golden Dragon shooting that put Asian gangs on the map.

Rise and Fall of the Tongs

In 2015 the Federal Bureau of Investigation formed the "Anti Asian Organized Crime Task Force" under the San Delfina Field Office to conduct an investigation towards an alleged narcotics trafficking ring in Downtown San Delfina (commonly referred to as "Chinatown").

The following report is disclosed to the public under the 2000 Freedom of Information Act by the Department of Homeland Security. The case file was used in the 2017 criminal court cases: The State vs. J. Ma which lead to the conviction of "Muslim Joe" J. Ma "Muslim Joe", "Rainman" W. Ho and conviction of "Macau Ronnie" L. Leng - whom as of present day (5th May, 2019) is believed to reside in mainland China.

Names of victims, associates and suspects that were not found guilty of any charges are crossed out to adhere to privacy concerns. The Federal Bureau of Investigation is of the opinion nobody's safety is jeopardized by the disclosure of this report.

“Rainman” Wayne Ho is an enforcer of the Wo On Lok and a notorious Chinatown gangster. He is one of the main protagonists of the story.

Phil Hop is one of the protagonists and antagonists in “Super Wok Explosion”.

Kingsley Chiu was a prominent figure in Chinatown’s underworld during the 2010’s. He’s one of the protagonists in the show.

Wo On Lok is one of the largest triads existing today and is also one of the most powerful triads in Macau.

The White Tiger Gang is an American-based Triad—a fringe group of the now defunct Wah Ching that defected after a conflict in San Delfina Chinatown.

The current situation of organized crime and the methamphetamine trade in the Golden Triangle.

Rise and Fall of the Tongs

Let me take you on a journey throughout the history of Chinese in the United States.

What is the difference between Triads & Tongs? And how did they come into existence?